Posted at 10:00h in Tiger in the News by OandGadmin 0 Comments
0 Likes

For months, the U.S. economy has shrugged and chugged along as America and China slapped tariffs on tens of billions of dollars of each other’s goods in the fiercest trade fight since the 1930s.

Growth was steady. The unemployment rate dropped to 3.6%, a 50-year low. Stocks soared to record levels.

But President Donald Trump’s decision to hike import taxes on $200 billion worth of Chinese imports from 10% to 25% could upend all that.

“A game changer,” Steven Cochrane, chief Asia-Pacific economist at Moody’s Analytics, said of the tariffs slated to take effect at 12:01 a.m. Friday. He called the move a “worst-case scenario” that after one year will slash 1.8 percentage points from U.S. economic growth, which was a healthy 2.9% last year. (And it could get even worse. Trump has threatened to extend 25% tariffs to another $325 billion in Chinese imports, covering everything China ships to the United States.)

“The new tariffs will drive up prices on a broad range of American goods, although the overall impact on (economic) growth and inflation is likely to be modest,” said Eswar Prasad, an economist at Cornell University. That’s because the United States, with a huge domestic market, is far less dependent on trade than most countries.

“A bigger concern is that the escalation of the trade war will dampen business sentiment, which in turn would negatively affect investment and long-term growth,” Prasad said.

Whatever pain there is won’t be distributed evenly.

Companies that depend on imports from China are especially vulnerable.

In Clearwater, Florida, the information technology company Source 1 Solutions is bracing to pay more for electronic components from China, and may have to take on more debt to cover the rising costs. “Every month we get hit with tariff money, we have to pay out,” said Robert Hessel, who owns Source 1 Solutions. “Tariffs aren’t good for the small businesses that are trying to do what we’re doing, importing equipment.”

Other tech companies are also likely to feel the squeeze.

These include Apple, which manufactures its flagship iPhone in China, as well as tiny startups just bringing new products to market and mid-size companies who’ve had to contend with absorbing the existing tariffs even as they compete with Chinese rivals. Tim Bajarin, president of consultancy Creative Strategies and a longtime Apple expert, said companies have two choices: Eat the cost of the tariffs and absorb a hit to profits — or raise their prices and risk scaring off customers.

“There are no other options,” he said. “The companies are being used as a bargaining chip.”

Higher tariffs could mean “life or death” for smaller tech companies, said Bronwyn Flores, spokeswoman for the Consumer Technology Association, an industry group that runs the annual CES gadget show. She said she is hearing from these companies the most: “They just can’t afford to absorb these costs.” She said some are resorting to layoffs or delaying or cancelling new products.

The higher duties would cover thousands of Chinese imports — from refrigerators, air conditioners and washing machines to bamboo mats, microphones and cigarette paper. Products on the tariff hit list include infrastructure equipment, components related to the new “5G” wireless networks, the semiconductors used in all sorts of electronic devices, internet infrastructure and wireless products, data center components that are the meat, bones, hearts and brains of many tech products. 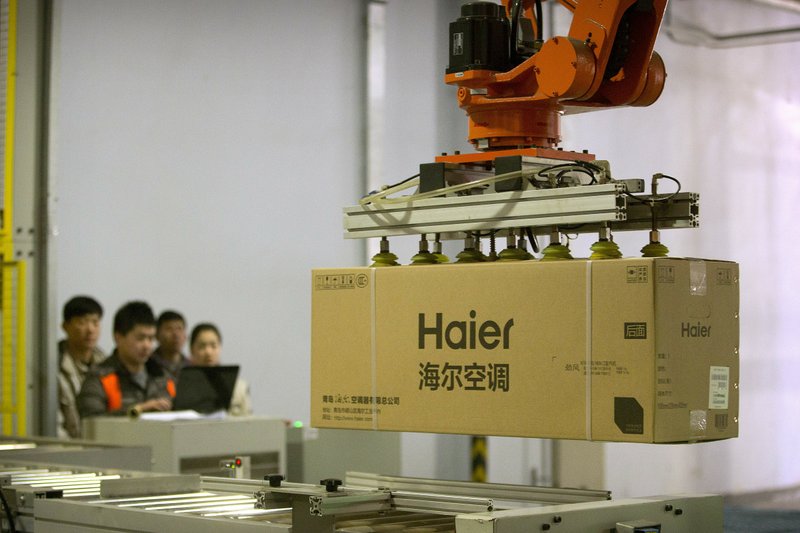 Flores said some companies are already starting to change manufacturing operations, not renewing leases in China and moving to Malaysia, Mexico and elsewhere. This, of course, presents a whole new host of challenges, upending where they have manufactured for decades and having to hire and train people in a new country.

It’s that kind of uncertainty that paralyzes business decision-making and drains economic output.

Peter Horwitz, who owns the paper and plastics supply company Tiger Packaging in Boca Raton, Florida, said he’s been trying to dodge the tariffs — or minimize their impact. “Wherever we can, we’ve tried to offset the tariff duty either by going to other countries or working with suppliers to absorb the costs,” Horwitz said. Shifting manufacturing away from China is also costly — and a gamble. If Trump ever withdraws the tariffs, China would once again be the cheapest source of supply. “We’d all go back,” Horwitz said.

Retaliation from China is another worry. The official Xinhua news agency reported Wednesday that the Chinese government is threatening “to take necessary countermeasures” in response to a tariff hike. China responded to earlier U.S. tariffs by targeting $110 billion in American imports. Victims included American distillers and lobster fishermen, whose catch was put on China’s hit list. In drawing up a list of targets, Beijing focused specifically on soybeans and other farm products in a direct shot at Trump supporters in the U.S. Farm Belt. Hit by sanctions, U.S. soybean exports to China plunged 74% last year.

The trade war has pushed the price of soybeans and other farm products lower. 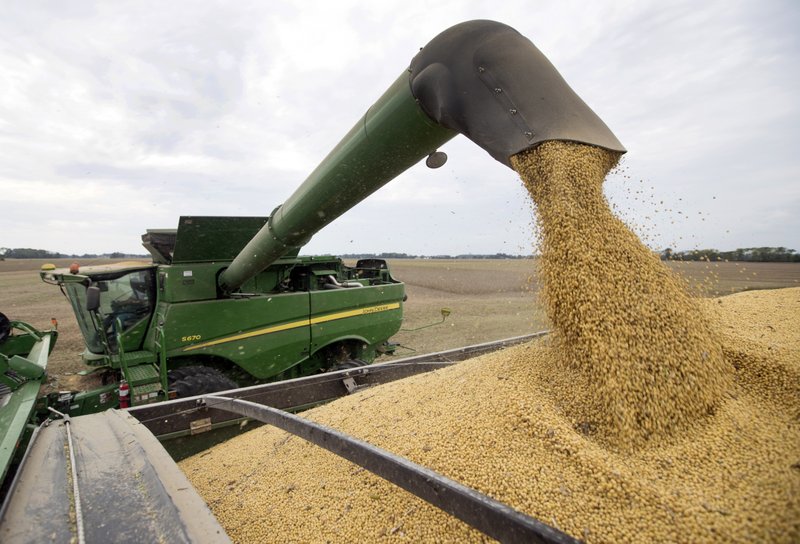 In drawing up its list of targets, Beijing focused specifically on soybeans and other farm products in a direct shot at Trump supporters in the U.S. (AP Photo/Michael Conroy, File)

Randy Richards, a farmer in Hope, North Dakota, and member of a local bank board, said many farmers can’t pay for day-to-day operations so they’re borrowing more money, carrying a larger debt load and paying more interest. “How it affects me and how it affects my neighbors is everybody’s pushing the limit on what they can afford to borrow,” Richards said. “If prices don’t improve we’re going to see more auction sales.”

Bryan Klabunde, a corn and soybean farmer in northwestern Minnesota, said farmers are resilient but the uncertainty over the trade war “is catching up” with them. “I have friends who voted for President Trump and some of those farmers are very frustrated right now,” said Klabunde, vice president of the Minnesota Farmers Union. “The last week and what’s happening with China is putting more stress on them. It’s not only stressful on your financial budget but it’s stressful on your family.”

Economists have actually had to scramble to calculate the impact of rising tariffs. Their skill at analyzing trade wars had grown rusty. Until Trump took office, the global trend had been to ever more open trade, not more tariffs and protectionism. Robert Kudrle, an international trade specialist at the University of Minnesota, said he’s had to explain tariffs to some audiences.

“Tariffs were kind of a thing of the past until a few years ago,” he said. “Now they’re a big deal again.”

By PAUL WISEMAN, JOYCE M. ROSENBERG and BARBARA ORTUTAY
May 8, 2019

Dave Kolpack in Fargo, North Dakota, contributed to this report.